The challenge for life insurers right now may not be how to acquire customers, but how to make sure they don’t lose the ones they already have.

Carriers are vulnerable to policy lapses during economic downturns, as household budgets become stretched. The amount of individual life insurance that people stopped paying premiums on rose 26% during the 2008 financial crisis, with customers abandoning more than $1.5 trillion in coverage, according to data from S&P Global Market Intelligence.

Improving customer retention is becoming increasingly valuable amid the coronavirus pandemic when executing direct sales has become difficult, according to Neeraja Rasmussen, who founded Spyglaz, a startup based in Silicon Valley. The company harnesses artificial intelligence to help life insurers detect when they are at risk of losing a client or facing a policy lapse.

Spyglaz, which is only five years old, has plenty of work to do to win over carriers. A barrage of tech startups has emerged with promises to help insurers improve their business through artificial intelligence, machine learning and other data-driven solutions.

“If you want to stand out, you can’t just be throwing around the term AI,” said Jeff Goldberg, an executive vice president at Novarica. “What are you solving for an insurer, who is it benefiting and what is the value that it drives?”

The pandemic aside, Rasmussen argues that customer retention is an ongoing issue within the life insurance industry, despite the high cost of gaining a new client in the first place.

“This is an industry that has the highest customer acquisition cost of any industry, period,” she said. “Paradoxically, it also has this kind of sell-it-and-forget-it model.”

It can cost seven to nine times more for an insurance agency to gain a new customer than to keep an existing one, according to an analysis from Lynn Thomas, president of 21st Century Management Consulting.

This “huge gap” comes from companies prioritizing new sales in agents’ commission structures as well as in their earnings reports, according to Rasmussen. She said insurers can thus save millions of dollars by improving their customer retention.

Spyglaz aims to narrow this gap by using machine learning. Its algorithms are trained on massive amounts of a company’s historical data on products, policyholders and customer interactions in order to identify the factors that have led to client loss. 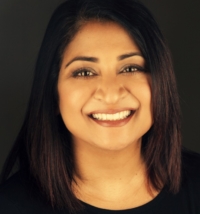 “The benefit of machine learning is that it can absorb all this different data and create some logic or parameters or predictive relevance around what that data means,” Rasmussen said.

Based on this analysis, Spyglaz assigns probability scores based how likely a customer is to leave. A high score would alert an insurer to employ retention tactics with that client.

Call center employee can access these scores when they receive an inquiry from an existing customer. They can click into a Spyglaz link within their call center software that shows the caller’s policy amount, the money at risk if that customer is lost, as well as the probability of them lapsing.

This idea of giving insurers a fuller picture of their business forms the inspiration behind Spyglaz’s name, according to Rasmussen. A spyglass helps people see more clearly from a distance and the “z” was added to differentiate the startup from a major film production company.

Rasmussen said Spyglaz tailors its work specifically to the insurance industry, while similar competitors like ClientSuccess, Natero or Gainsight are more focused on software companies.

Spyglaz also has a unique “pay for performance” model, according to Rasmussen. Subscribing to the company’s service can cost from $25,000 to $50,000, depending on the size of the insurer. However, Spyglaz will take a percentage of the money it saves when it helps insurers retain customers.

“I think insurers will be open to it because they understand the concept of commissions, that if you don’t deliver, then you don’t get paid,” Rasmussen.

The company signed an annual contract with Nassau Financial, its first insurer client, in June. Spyglaz had been a part of the carrier’s Nassau Re/Imagine incubator program for insurtech startups.

Paul Tyler, CMO for Nassau Re/Imagine, said the incubator selects startups for its program by asking how these companies will help the insurance industry, and whether they’re providing something meaningful. In Spyglaz’s case, he was struck by Rasmussen’s 20-year background in customer retention in the software industry.

“We found Neeraja’s company proposition really interesting,” he said. “We saw the talent she was bringing.”

In addition to partnering with Nassau Re/Imagine, Spyglaz was also accepted into FourthWave, an accelerator program for women-led technology businesses based in Sacramento, Calif.

Rasmussen said the company is also working on forging more partnerships with insurers on both the East and West Coasts.

“I think our goal is to bring on board at least two other significant life insurers in the next three to six months and continue to expand our customer base there,” she said.

An Information Service of Money-Media, a Financial Times Company